Surrounded by the City of Angels, Beverly Hills is not just an area where you just might run into a movie star, but a splendid city with beautiful scenery, exquisite restaurants and a shopping experience like no other on the legendary Rodeo Drive. The famous residents and luxurious culture of 90210 make it one of the most prestigious cities of the world. 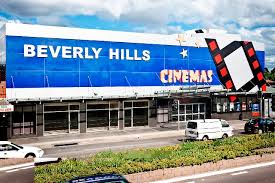 Not going to a movie theatre on a visit to a city full of movie stars is almost a crime! The close affinity of the cinema industry and Beverly Hills has been a long standing affair and one does not think of the most famous celebrities without Beverly Hills immediately popping into one’s mind.  Opened in 1922, the Grauman’s Chinese Theatre is one of the oldest in the city. It is not only known for its majestic palace like architecture, but it was also part of many historic events such as the premiere of Star Wars as well as many other films, hosted three Academy Awards as well as numerous celebrity birthday parties and corporate junkets. A movie at the Cinerama Dome or now known as the Arclight Cinemas will be a rare opportunity. This 14 screen complex provides five star service and individual attention. Though a little more expensive than others, the restaurant and gift shop and all that is present in the entire cinema makes it a one of a kind experience. On Grove Drive are the Grove Theatres with the best sound and seating system of modern times. This Neo-Deco style building is situated minutes away from the silent movie theatre and the Farmer’s Market and the perfect place to grab a bite after the movie. The AMC Century 14 is the average cinema but it is clean, with good seating and usually a good movie as well. Other cinemas would include the Vista in Los Feliz Area and the Crest on Westwood.

The Peninsula Beverly Hills is a magnificent Beverly Hills Hotel with luxurious surroundings that stand up to the high standards expected of this glamorous city. This Hotel in Beverly Hills ensures a most pleasurable stay.