Tuna tossing Festival in Port Lincoln is the biggest celebration that is looked forward by the fishermen society of the city as well as spectators from around the world. The main livelihood of people in Port Lincoln is fishing. So the people look forward to celebrating their earnings every year in January by participating in the Tunarama Festival. The history of this festival dates back to 1962.

This unique festival is celebrated with colorful fireworks, dancing, and music. This is also one of the best food festivals in the world where spectators can visit the local places to eat and even do their retail shopping. This is often featured in many informative blogs such as The Dine and Wine.

The main component of the festival is the tuna tossing competition where competitors try to toss their fish as far as possible. There is even a different version of the competition created especially for small children using miniature fish, which is known as the Prawn Toss.

This is the most spectacular part of the festival. Participants dressed in bright and colorful costumes parade along the street with flamboyant vehicles and floats. There is even a competition for the Pageant Personality.

Phuket Vegetarian Festival – For purification of mind and body

Why ‘Holi’ festival brings so much fun for kids: The wonderful festival of colours.

In celebration of its 30th anniversary, the Australian String Quartet hosted a memorable evening of music under the banner, Remember Tomorrow – Great Southern Festival. The event took place on February 19th at the Albany Entertainment Centre in Western Australia and travellers planning to visit similar concerts such as this can consider staying at Albany motels such as Sundowner Albany, Amity which is within easy reach of the venue.

The two hour concert which began at 7.30 PM, took visitors on a trip down memory lane as the Australian String Quartet (ASQ) played Haydn’s Emperor quartet which was the piece performed at the very first public concert of the ASQ in 1985. While the concert also featured String Quartet No. 3 composed by Shostakovich, one of the highlights was the world premier of “Gallipoli”, a work by Australian Ross Edwards who created a special piece to mark the 100 year anniversary of the ANZAC landing in Gallipoli.

It’s with much fun and celebrations that the charming city of Dubbo celebrated Australia Day, the country’s official national day, on the 26th of January.

Australia Day marks the anniversary of the arrival of 1788 arrival of the First Fleet of British Ships at Port Jackson, New South Wales, and raising of the Flag of Great Britain at that site by Governor Arthur Phillip. In modern times, the national day of Australia is celebrated with community and family events such as outdoor concerts, community barbecues, sports competitions, festivals and of course spectacular displays of fireworks!

Dubbo’s Australia Day celebrations kicked off at Victoria Park situated just approximately 20 minutes away from one of Dubbo’s accommodation hotspots, the Sundowner Dubbo Aberdeen Motor Inn. There were a wide array of festivities that took place ranging from formal activities like the raising of the Australian flag, National Anthem performance by Sing Australia, and the cutting of the Australia Day Cake; to the informal and fun activities such as various entertainments and even a free sausage sizzle! 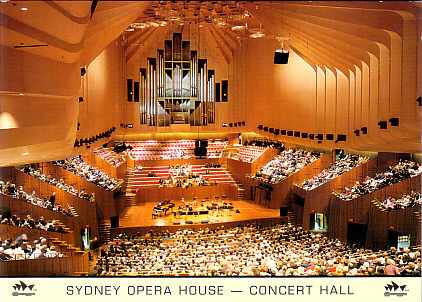 The very mention of conjures up the now iconic image of an elegant construct resembling a cluster of pristine sea shells gleaming in sharp contrast to the sparkling blue backdrop of the . In the eternal tug-o-war between Sydney and Melbourne for the title of “Australia’s arts capital”, Sydney arguably wields the definitive trump card in its possession of the Sydney Opera House, which UNESCO declared “one of the great iconic buildings of the 20th century” when it listed it as a World Heritage Site.
Situated on Bennelong Point in , this pride and joy of the Australian people was a dream very long in the making. Originally commissioned in the late 1950s to a young Danish visionary named Jørn Utzon, OVERVIEW
the building of the Sydney Opera House was a labor of love that spanned over a decade. It was finally unveiled to the masses in 1973 by Queen Elizabeth II. Since then, the venue has become one of the busiest performing arts centres and tourist hubs in the world, drawing 7 million visitors each year.
The Sydney Opera House is actually comprised of six separate buildings of a modern expressionist design. The unique roofing is a structure of six interlocking vaults forming aesthetically pleasing shell-like shapes, covered in a cream tile that glows white in the distance. The two largest vaults shelter the Opera Theatre and Concert Hall, with the smaller “shells” housing the Drama Theatre, Playhouse, Studio and Utzon Room cluster around them. The amphitheatre-like Forecourt is a seventh performance venue utilized for outdoor performances. The architect Jørn Utzon was awarded the Pritzker Prize, the highest honour in architecture, for this triumph of human achievement.
The Sydney Opera House is the home and promoter of the four key resident performing art companies – the Sydney Symphony, Opera Australia, the Australian Ballet and the Sydney Theatre Company. It also hosts more than 700 diverse artistic and cultural events each year, for audiences of all ages.
Visitors will do well to find accommodation within the city’s central business district in order to ensure the best possible access to the Sydney Opera House, as well as Sydney’s other attractions. Sydney Apartment Accommodation is abundant within the city centre, as well as serviced apartments Sydney. , in particular, is a choice accommodation for business and leisure travelers wishing to tour the city with the maximum of ease and comfort.
Copyright ® 2021 Events & Festivals Blog. All Rights Reserved.