August is generally a quiet month in the Thai island paradise of Phuket. However, there is a little bit of excitement towards the middle of the month, when locals and visitors will be treated to an extravagant fireworks show courtesy of Laem Saphan Hin, a small village situated on the outskirts of Phuket Town. The fireworks festival is a grand affair that will delight the young and the old alike. The event is held annually and has gathered quite a following.

During the festival the night sky will come to life in a fiery spectacle which will use up over four thousand fireworks. The visual fiesta ordinarily lasts about forty minutes and can be seen from miles away, although, it is best viewed from nearby. Tourists who happen to be in Phuket in August should try to catch the Phuket Fireworks Festival if possible. It is bound to be an interesting affair.

The Por Tor Festival, or Hungry Ghost Festival, is another major event that takes place in August. Some believe that during the month of the festival, the dead are released to walk free on earth. To appease their newly roused ancestors and to obtain their favour, people give offerings of food. It is a terrific time to observe the local customs and practices and also to sample the delicious local cuisine. 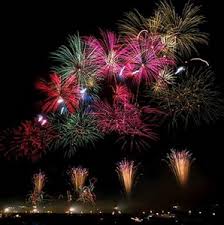 Phuket is probably the most well-known of Thailand’s many islands and receives a fair share of tourist traffic. The island has many great beaches and is the ideal place for a vacation. In addition to beaches, Phuket also has a thriving night scene and is something of a haven for shoppers. Despite all appearances to the contrary, Phuket is fairly large in size and it can be difficult to get around unless one has central accommodation.

Those looking for a Phuket resort with a good location can try the Millennium Resort Patong Phuket. As a renowned Patong beach resort the hotel offers easy access to the many attractions in the area. Not only does Patong have amazing beaches but it also has terrific restaurants, bars, nightclubs and offers terrific shopping opportunities, making it a wonderful place to stay.